Frank grew up in Queensland where his early training and career was in the biological sciences. After further studies in the behavioral sciences, he worked as an organisational consultant for 25 years, specialising in major change initiatives, mainly with mid-sized and large corporations. He is a published author and has taught at Masters’ degree level in this field.

In 2004, after 15 years of living in the USA and working in many different countries, Frank returned to Australia. He has been the Foundation’s consultant since the HSPRF formed in 2005, and its President since October 2009. For the last several years, Frank has worked pretty much full-time for the Foundation, covering HSP research planning and management; research funding; authoring and editing both technical and non-technical articles and stories for the website; community member communications; fundraising campaigns; and collaboration initiatives with clinicians, researchers and support groups globally.

Frank enjoys everything outdoors, and anything involving either a ball or the water. He gained level II qualifications in Sports Medicine during his competitive sporting days, and this fuels his interest in how HSPers can maintain and manage their mobility. He has a very dear and long-time friend who has HSP. 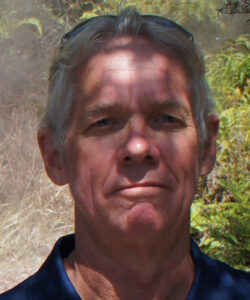 Ken is a retired finance professional. He holds an Accountancy degree from the Queensland Institute of Technology, completed an MBA through the UNSW And is a Fellow of CPA Australia. Ken is married to Helen and they have 3 adult sons and 4 grandsons.

Ken was diagnosed with HSP after his GP noticed an unusual gait during a cricket game their sons were competing in. On this revelation, Ken then realised that a number of his late father’s family were similarly afflicted as was his father.

Ken’s interests are his family and he has adopted a ‘never say die’ approach to HSP by continuing to play tennis, swim, and regularly run to keep fit and healthy. He is a member of the local gym and undertakes 3 to 4 sessions weekly. Other interests include reading and traveling. Ken has managed the Community Development function in the Foundation for many years, including the social media presence. He has now also taken on the role of Secretary / Treasurer. 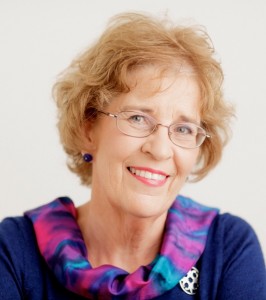 Margaret grew up in New Zealand and in 1974 migrated with her husband and son to Australia. Since then they have lived in Warrimoo in the Blue Mountains, west of Sydney. She was a Mathematics teacher for many years before returning to university to obtain a Graduate Diploma in Computing which led to a second 18 year career with IBM as a Business Analyst and Project Manager.

Now that she has retired, she works with her husband Brendon, who has HSP, on extensive, ongoing house and garden renovations, participates in U3A (University of the Third Age) activities, fights a battle with the possums intent on raiding her vegetable garden and enjoys more time for various crafts. In her spare time she manages the family finances, tries to maintain an exercise program (she says: “the spirit is willing but the flesh is weak!”), attempts cryptic crosswords, bakes the family’s bread, and plans the next holiday.

When Brendon was diagnosed with HSP, they joined the HSP Research Foundation, and since 2011 Margaret has been developing and managing the Foundation’s Contacts Management System. She was appointed to a Committee position in the office of Treasurer in early 2014, then added to the Secretary role. Margaret stood down from both executive roles at the 2016 AGM and remains an active Committee Member. Anthony lives and works in Sydney for a financial advice business. He has a Masters in Applied Finance, degrees in Commerce (Economics) and Science (Physics) and is currently studying for a Graduate Diploma in Financial Planning.

He grew up around NSW, with his primary school years in a small country town near Dubbo, with high school and university in Wollongong and Sydney. He’s married to Amanda, with a 2-year old Amelia running around and a cute terror of a puppy named Douglas.

Anthony is a keen member of the hockey community, as a player, coach and past committee member of the Sydney University Hockey club, one of the largest in NSW. He is interested in bringing his administration, management and committee experience to the HSP community. Anthony has multiple family members diagnosed with HSP and wants to contribute to supporting people with HSP however he can.

Greg has spent all his life in Victoria and currently lives in Melbourne with his wife and three sons.

He is a specialist Anaesthetist who graduated from the University of Melbourne Medical School in 1987 and completed his anaesthetic training through St Vincent’s Public Hospital, Melbourne. He now works at many hospitals throughout Melbourne providing anaesthetic services for numerous surgical specialties.

Greg’s father had an unusual gait, but no cause could be found when reviewed by a neurologist and multiple investigations. It wasn’t until Greg’s brother also developed an unusual gait that it became apparent that there was HSP in the family.

When not at work Greg enjoys time with his family, watching and going to AFL games to see Hawthorn play, trying to play golf and going to beaches down at Phillip Island.

After joining the HSP Research Foundation in 2020, he is hoping he can further assist with the amazing work that the committee has thus far achieved. Christine has an entrepreneurial spirit along with 15 years of experience in storytelling, branding, marketing, and business development, having graduated from Swinburne University in 2004 with a degree in Business Marketing. She currently fulfils the role of Marketing Manager in a commercial architectural practice based in Melbourne. She is excited about being newly involved in the HSP Research Foundation, having served on the committee previously over 10 years ago.

Born with Hereditary Spastic Paraplegia, Christine’s disability progressed in her adolescent years, but never held her back from chasing her dreams. She continues to walk differently in this life whilst positively keeping active and strong. Christine continues to learn more about how to better manage the condition and strives to help others along the way.

Inspired by conscious living, family, wellbeing inside and out, architectural design and all things green, she hopes she can add value to fellow HSPers, as well as others in the HSP community, and in the broader community as well. 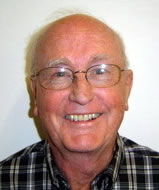 When Robin learned that there was little known or being done about the disease HSP that his daughter-in-law had just been diagnosed with, and that his grandchildren were at risk of inheriting, he did something about it. Mainly, he did a lot of hard work, but there are two remarkable things he did that reflect Robin’s conceptual ability and vision.

The first was to establish a Foundation for Hereditary Spastic Paraplegia in 2005 with a dual role – a support group for people with HSP and a research foundation to find a cure – serving immediate needs and giving hope. As he said in his own words that became the tagline in the Foundation logo “a better deal for HSPers, their children and their grandchildren“.

The second remarkable thing was his courageous decision to support a new way of studying neurodegenerative disease using human stem cells right from the start rather than the standard pathway using laboratory animals that had not led to much success with these sorts of diseases over quite a long period of time.

Robin oversaw the establishment of the first ever genetic testing service for HSP in Australia and the HSP stem cell pilot study that established the vital proof-of-concept. Robin stood down from the role of President in late 2009 due to failing health, but continued as Vice President for a time, then provided advice to the Committee until early 2016.

After graduating in Agricultural Science from the University of Queensland, Robin commenced a corporate career which included 6 years as CEO of Coopers (animal health) and concluded in Chicago as a Vice-President. Upon return to Australia he became the Government appointed Chairman of the Meat Research Corporation and then Chairman of the 18 member Meat Industry Council which led the meat industry plan development and subsequent change. At the same time he owned and managed a 100 hectare cattle property in the Gloucester district of NSW that was his pride and joy.

Robin is survived by his wife, Jan, 3 sons and 5 grandchildren.